Congressman Will Hurd – 820 miles of border

Congressman Will Hurd represents 23rd District of Texas in Congress for three consecutive terms in a decade elected in 2012.  Located on West Texas, the District is one of the largest geographical districts in the Country.   The District faces 820 miles of the Mexican border.  Prior to Congress, he served undercover officer CIA the Middle East and South Asia for nearly […]

Steve Moore, top Trump economist.  Trump has nominated for a seat on Federal Reserve Board in March 2019.  Distinguished Visiting Fellow, Project for Economic Growth, Heritage Foundation.  Co-authored Trump tax plan. Co-authored with Dr. Arthur Laffer: “Trumponomics”.  One of Trump’s most trusted economic advisors. Tune in to The Cats Roundtable with John Catsimatidis every Sunday morning at 9 am in New York on 970 AM: The […]

Adam Higginbotham is an English author of non-fiction and feature articles.  He recently completed Midnight In Chernobyl: The Untold Story of the World’s Greatest Nuclear Disaster. The former US correspondent for The Sunday Telegraph Magazine and editor-in-chief of The Face, he lives with his family in New York City. Chernobyl in 1986 is one of the two worst nuclear disasters […]

Douglas Schoen is a political analyst – pollster – author – and commentator. He is a political analyst for Fox News and a columnist for Newsmax.  Founding partner and principal strategist for Penn – Schoen and Berland. Schoen has worked for leading candidates including Hillary Clinton Schoen is the author of many books the latest just out – new Book: […]

Mayor Rudolph Giuliani – Was there an attempted coup?

Former Speaker Newt Gingrich former Speaker of the House of Representatives.  Author “Contract with America.” After the 1994 mid-term elections – Newt Gingrich became the first Republican Speaker of the House in 40 years. While he was House speaker – the House enacted in 1998 passed the first balanced budget in 30 years.  The speakers newest book is: “Collusion”.  Sunday, April 28th […]

John Ravitz – The suburbs have gas

John Ravitz Executive Vice President/COO  The Business Council of Westchester. Prior to joining the Business Council, elected six times to the New York State Assembly representing the East Side of Manhattan. During 12 years as a state legislator, ranking member of the Health Committee and served on the Higher Education, Education, Mental Health and Children and Families Committees. He oversees […]

Mike Haduck stone mason  metro area.  Learned craft from his father.  His Youtube site,Mike Haduck Masonry  has video -taped great stonework sites all over the world.  From Ancient castles to the Cathedral here in Manhattan.  His comments the fire at Notre’ Dame. Tune in to The Cats Roundtable with John Catsimatidis every Sunday morning at 9 am in New York on 970 AM: The Answer!, or find […]

Steve Kates– “Dr.Sky” has been engaged in the science of Astronomy for well over thirty years. Sky Source Productions specializing in video and audio programs on many special interest topics in the realm of Astronomy/Aerospace.  Organized the major “Halley’s Comet Watch” in 1986, from High Point State Park in NJ, for well over 5,000 people atop this small spot in NJ. […]

Secretary Spencer Abraham is the former US Secretary of Energy (2001-2005) and US Senator from Michigan (1995-2001). He is also non-executive Chairman of Uranium Energy Corp. His recent Fox News op-ed details the national security threat posed by Russian control of the United States’ uranium supply, which is the subject of a Commerce Department 232 investigation currently being reviewed by President […]

Donald Jeffries JFK assassination researcher since the mid-1970s. His first novel, “The Unreals,” was published in 2007. His first nonfiction book, “Hidden History: An Expose of Modern Crimes, Conspiracies, and Cover-Ups in American Politics,” 2014.  Second nonfiction book, “Survival of the Richest”  July 2017.  His next book, “Crimes and Cover Ups in American Politics: 1776-1963” will be released in May 2019. […]

Stephen Auth Chief Investment Officer of Federated Global Equities, as well as Executive Vice President Federated Investors.  Federated’s $50+ billion in domestic and international equity and multi-asset investment products.  Author “The Missionary of Wall Street: From Managing Money to Saving Souls on the Streets of New York.”  Leads missions at night on the streets of downtown NYC.  Reached 3,000,000 Catholics, 15,000+ return to […]

Father Francis Gasparik – Good works on Easter and every day

Father Francis Gasparik, has been serving the community in midtown Manhattan for the past twenty-seven years. He is member of the governing board for the Capuchin Province of St. Mary. Fr. Gasparik is the Director of St. Francis Food Pantries & Shelters.  The Pantry is a network of food and service programs for the poor that provide a wide range of services […]

Monsignor Kevin Sullivan has been the Executive Director of Catholic Charities of the Archdiocese of New York since 2001. His first major task was coordinating the human services response to the families and victims of the 9/11 terrorist attack as Chair of the 9/11 United Services Group. Currently, under the leadership of the Board of Trustees, Msgr. Sullivan is directing […]

Former Senator Joseph Lieberman former United States Senator, Connecticut.  (D) Currently serves as the co-chair of “No Labels”, a bipartisan group working with Congress.  Along with Al Gore, he was the party’s nominee for Vice President in the 2000 election. Currently an independent – he remains closely associated with the party.  He won the Senate election in 1988 and was re-elected […]

Ambassador John BoltonNational Security Advisor appointed by Trump in April 2018.  Served as the US Ambassador to the United Nations 2005 to 2006.  Although subdued since becoming NSA, he has called for regime change in Iran and North Korea and repeatedly called for the termination of the Iran deal which has happened. Chairman of the Gatestone Institute from 2013 to […]

Brad Olsen is the author of nine books, including two in his Esoteric Series: “Modern Esoteric” and “Future Esoteric.”  Founder and co-producer of the How Weird Street Faire in the SOMA neighborhood of his home-base San Francisco.  His writing reaches a wide audience while he continues breaking ground in alternative journalism, public speaking, illustration, and photography.  Producer television shows (including Ancient Aliens, […]

Joseph DiGenova attorney who served as the United States Attorney for the District of Columbia from 1983 to 198.  As a U.S. Attorney, led the prosecution of Jonathan Pollard, who pleaded guilty in 1987 to spying for Israel.  Earlier in his career, he was an aide to Republican Senator Charles Mathias of Maryland.  Called on Trump to pardon Scooter Libby, adviser […]

Lynne Patton heads Region II of the United States Department of Housing and Urban Development, which oversees New York and New Jersey.  One of 10 regional administrators for HUD, with a $48.7 billion budget this year.  She previously worked the Trump family.  She is a director of National Diversity Coalition for Trump.  Ms. Patton recently completed a residential occupancy of selected […]

Ambassador Charles Gargano twelve years cleaning up and revitalizing Ground Zero and developing One World Trade Center in the aftermath of September 11, 2001.  Legendary real estate icon, engineer, and Republican strategist who served in the US government for three decades, Gargano has become leader and pioneer in the field of re-engineering. From the Ground Up Rebuilding Ground Zero to Reengineering America. […]

Steve Moore, top Trump economist.  Former public policy for The Wall Street Journal.  Distinguished Visiting Fellow, Project for Economic Growth, Heritage Foundation.  Co-authored Trump tax plan. Co-authored with Dr. Arthur Laffer: “Trumponomics”. One of Trump’s most trusted economic advisors Tune in to The Cats Roundtable with John Catsimatidis every Sunday morning at 9 am in New York on 970 AM: The Answer!, or find a station in […] 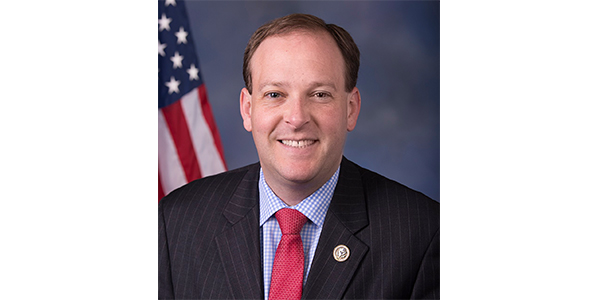 Gary Krupp is the Founder and President of Pave The Way Foundation (PTWF) – a not-for-profit organization dedicated to bridging the gap between the worlds diverse faiths.  Mr. Krupp is the highest-ranking Jewish person in the Catholic Church. Mr. Krupp became only the seventh Jewish papal knight in history. Tune in to The Cats Roundtable with John Catsimatidis every Sunday morning at 9 am in New York […]

John Caulfield – Maduro could hold out but unlikely

John Caulfield former Chief of the U.S. Interests Section in Cuba, September 2011 to July 2014.  Now an advisor to the Innovadores Foundation. September 2008, was the chargé d’affaires at the American embassy in Venezuela after Ambassador Patrick Duddy was expelled by then-president Hugo Chávez. He resumed the post from July 2010 through July 2011.  Caulfield served in the state […]