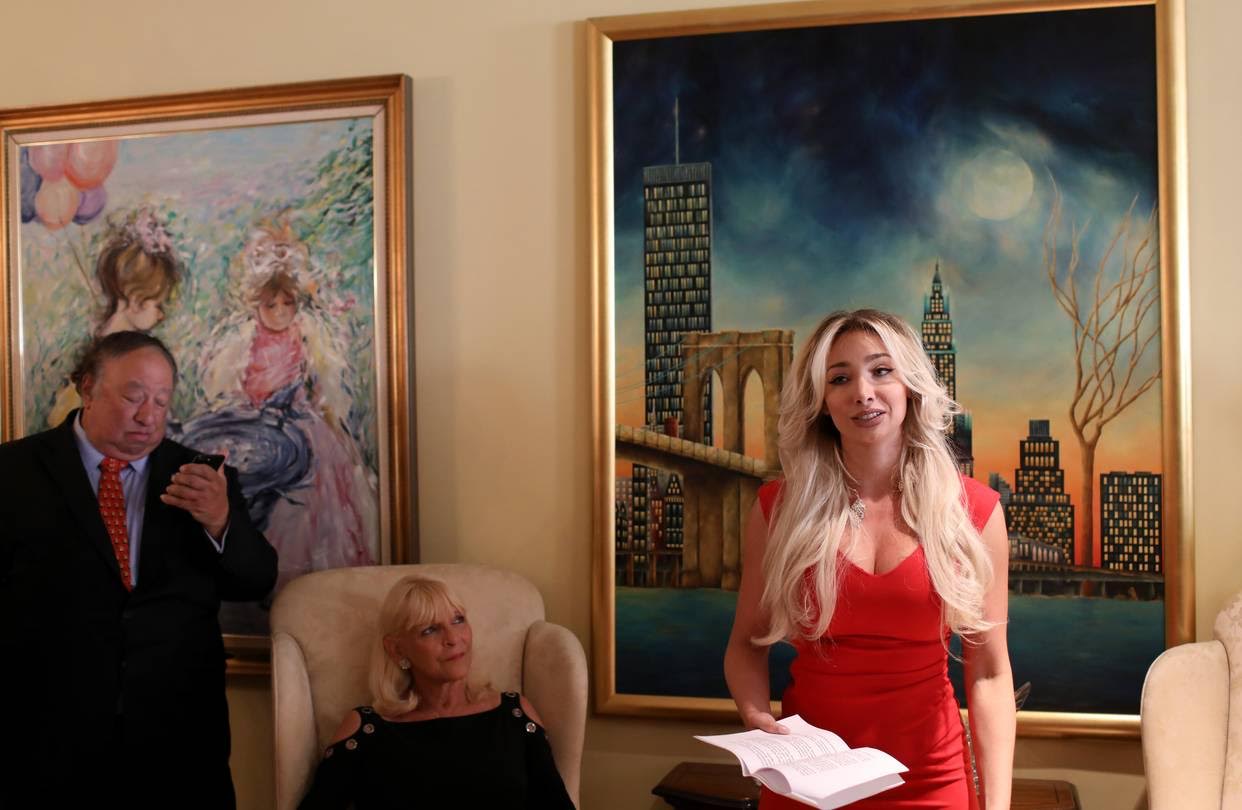 Republicans hold no elected positions representing Manhattan. Can Andrea Catsimatidis turn that around?

By
Mike Vilensky
Aug. 27, 2017 9:00 a.m. ET
Ms. Catsimatidis, an executive at her father John Catsimatidis ’ multibillion-dollar company Red Apple Group, is the front-runner to become the new chair of the Manhattan Republican Committee, offering a fresh perspective to a club that has struggled locally despite the party’s national gains.
While the national GOP has never counted on liberal Manhattan to help it gain power, the island holds a symbolic significance and serves as a fundraising stop for both parties. “It’s the most important county in the country, no matter if you’re a Democrat or a Republican,” said Mr. Catsimatidis, a political donor who ran for mayor in 2013. “You come to Manhattan to stake your flag.” A 27-year-old moderate, Ms. Catsimatidis cuts an unusual figure for the chair role.
An heir to a fortune her father grew by founding supermarkets, including the Red Apple chain that bought Gristedes, she would be the youngest chair of a major party’s New York City county committee. Her past dives into political activism include running the New York University Republican Club as an undergraduate business student there and working on Mitt Romney’s presidential campaign.
While a lifelong Republican, she hosted Bill and Hillary Clinton, friends of the family, at her 2011 wedding to Richard Nixon’s grandson, Christopher Nixon Cox, who she divorced in 2014. She describes her politics as “center-of-the-road” and has donated to Democrats including the city’s liberal public advocate, Letitia James, in addition to GOP candidates.
Local Republicans are hoping Ms. Catsimatidis can help them expand the party as they face off with energized Democrats out of power in Washington and vowing to claw their way back.
“She appeals to a broader constituency that we need to win seats,” said Queens Councilman Eric Ulrich, one of three Republicans on the 51-seat City Council.
If elected chair by a few hundred committee members, Ms. Catsimatidis has her work cut out for her. Of Manhattan’s 1.6 million people, Republicans hold 112,000 registrants to the Democrats’ 780,400, according to the elections board.
In an interview, Ms. Catsimatidis touted having grown the NYU GOP while an undergraduate, through bringing in out-of-the-box speakers and networking on campus. “At NYU I learned the animosity we face as Manhattan Republicans,” she said, “but that makes us work harder.”
Winning elections would be her top priority as chair. She said she would recruit “pro-business” candidates tailored to local issues like public transit, and pointed to a potentially competitive Upper East Side Council district where the city’s Democratic mayor shows polling weaknesses.
There are no Republican politicians currently representing Manhattan on the council, in the New York state Legislature, in U.S. Congress, or in any New York citywide or statewide elected offices. Other boroughs have Republican representatives and Manhattan had several in the past.
The landscape is not poised to get easier for Manhattan’s GOP under Republican President Donald Trump, who is fiercely protested by Manhattan liberals such as Mayor Bill de Blasio and some local moderate Republicans.The outgoing chairwoman, Adele Malpass, who is moving to Washington as her husband takes a job in the Trump administration, said the club has managed to gain members and raise money “in a very hard environment.”
Ms. Catsimatidis said she supports the president but “any political figure you’re going to disagree with part of the time.”
The election for chair is expected to be held in September. Another candidate may emerge, but Ms. Catsimatidis is backed by a powerful group, including former mayor Rudolph Giuliani, former governor George Pataki, New York state GOP chairman Ed Cox, and Ms. Malpass.
“A.J. is exactly the right person to run the Manhattan GOP,” said Mr. Giuliani, using Ms. Catsimatidis’ nickname. “I stand ready to help her.”
Democrats say they are not intimidated. “Our track record electorally speaks for itself,” said Barry Weinberg, the executive director of the Manhattan Democratic Committee. “Our party has successfully aligned itself with the interests and values of Manhattan voters.”
Last week, Ms. Catsimatidis held a cocktail party, attended by Mr. Pataki, at her family’s apartment overlooking Central Park to formally declare her candidacy and meet members. Republicans ate canapés and expressed optimism that a fresh face might help them win seats.
“Politics is cyclical,” said the committee’s vice chair, Alexandra Nigolian, who is backing Ms. Catsimatidis, “so I don’t think it’s over for us.”
Next Post